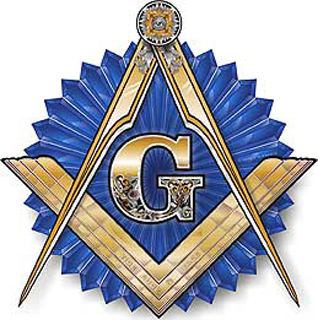 I was doing some research on Freemasonry last night and found something interesting while thumbing through my copy of Albert Pike’s Morals and Dogma.  For those who don’t know, Albert Pike was a Confederate military officer, attorney, writer, and 33rd degree Freemason.  He is one of the only Confederate soldiers honored with a statue in Washington, D.C.  Parenthetical note, I do find it interesting that Confederate flags have been the subject of attention lately, yet Pike, a strong advocate for slavery, has had his statue completely evade public scrutiny.

Anyway, while reading through the Freemasonic decalogue–yes, they have their own replacement 10 Commandments–I found something interesting.

But the great commandment of Masonry is this: “A new commandment give I unto you: that ye love one another! He that saith he is in the light, and hateth his brother, remaineth still in the darkness.”

Immediately, I thought back to a post I read at OnePeterFive which compares Our Lord’s great commandment to the forumlation in Gaudium et Spes, of Paul VI, and of Pope Francis’ Evangelii Gaudium.  Read the post for further background perspective, then compare the formulation of Evangelii Gaudium with that of Masonry’s:

161. … Along with the virtues, this means above all the new commandment, the first and the greatest of the commandments, and the one that best identifies us as Christ’s disciples: “This is my commandment, that you love one another as I have loved you” (Jn 15:12)

But the great commandment of Masonry is this: “A new commandment give I unto you: that ye love one another! He that saith he is in the light, and hateth his brother, remaineth still in the darkness.”

Both are completely anthropocentric, abandoning the love of God for fraternal kinship, not recognizing (or rejecting?) that love of neighbor which derives from our love of God.  A pure doctrine of humanitarianism.

Does the pope know he is marching lockstep in tune with Masonic principles?  Who knows but God, himself, and his closest conversant confreres.  I don’t think that’s the point nor do I think it matters.

In the 19th century, a document belonging to the highest lodge in Italy, the Carbonari, was discovered and brought to the attention of Pope Pius IX, called the Permanent Instruction of the Alta Vendita.  In this document, it gives a blueprint for a revolution and ultimate destruction of the Catholic Church, and with it, all Christian thought.  I only want to focus on one part of this document as it is too long to post in its entirety, but you can read it yourself online, here.

To preface this quote, the Alta Vendita speaks of shaping a generation of men with the principles of the Revolution (Freemasonic, humanitarian principles such as the Declaration of the Rights of Man) so that they may enter seminary and rise in the Church.  Their thought would be so polluted with revolutionary ideals that they would hold ideas alien to the Holy Faith, yet believe themselves to be Catholic (“in continuity with ‘tradition’”?).

This reputation will put access to our doctrines into the midst of the young clergy, as well as deeply into the monasteries. In a few years, by the force of things, this young clergy will have overrun all the functions; they will form the sovereign’s council, they will be called to choose a Pontiff who should reign. And this Pontiff, like most of his contemporaries, will be necessarily more or less imbued with the Italian and humanitarian principles that we are going to begin to put into circulation.

And here is the crux of the matter.  It is not necessary for the pope to be an initiated Mason himself.  He need only think like one.  This frightful thought conjures up in my memory the wild mob on parade in front of the Vatican brandishing images of Satan defeating St. Michael witnessed by St. Maximilian Kolbe, where Masons were shouting “Satan Must Reign in the Vatican. The Pope Will Be His Slave.”

I have come to the conclusion that this pope is of that dreaded generation and a willing propagator of its ideals.

Holy Mother of the Militia Immaculata, pray for us who have recourse to thee.

Let us pray for the conversion of Masons, Jews, our own brethren swept away with Masonic ideals, and our own continuing conversion.

**** Researched and Written by Daniel Brooks

I am a practicing Catholic, who adheres to the Magisterium of the Roman Catholic Church. I firmly and devoutly proclaim that the Roman Catholic Church is in fact the true and legitimate authority on the earth as Christ established it to provide the truth for the means of salvation. I also promote the Social Reign of Christ the King as not only a moral need but of law and necessity for the sake of humanity's salvation. I champion the Holy Rosary as well as the message of Our Lady of Fatima. I pray not only for the solemn consecration of Russia to the Immaculate Heart of Mary but also for the conversion of all people to the Catholic Church as the Church is likened to Noah's Ark of which no man may be saved lest he board this sacred vessel. For the Glory of God, I intend to make great use of the indissoluble and eternal doctrinal/dogmatic teachings of the Catholic Church to not only combat against the forces of Satan (Freemasonry, Satanism, Modernism, Socialism, Communism, etc.) but also to edify and God willing add souls to the Mystical Body of Christ.
View all posts by Jonathan Brooks →
This entry was posted in Freemasonry and tagged Freemasonry, Masons. Bookmark the permalink.

4 Responses to The Greatest Masonic Commandment